Your favorite VSTi's and VST's?

The place for musicians to share their knowledge and ideas about music and remixing, and to post WIP snippets and feedback. Also suggest tunes for remixing, here.
Post Reply
48 posts

Your favorite VSTi's and VST's?

What are your favorite VSTi's or VST's? Are there special recommendations? What do you prefer?

After having checked out a lot of free VST software, I'm thinking about getting Zebra 2 from Urs Heckmann because of its amazing range of different style instruments.
Does anyone already made experiences with it and would recommend it? I'm not that crack in creating my own presets, but I think Zebra 2 could be the one for learning how to do this.
And maybe someone has got a hot tip where I can get presets for Zebra 2?

Another program I was thinking about is the Eiosis ELS Vocoder because it seems to be the best there is.
Unfortunately the website is down so it seems that there's temporarely no way getting this program. Anyone out there having a link where I can buy this?
Top

These are some I remember off the top of my head.

I use a good spread of reverbs as they flavour the recordings differently, with many suiting particular sounds. Even free ones are nice, like Kjaerhaus Classic Reverb. Also try their others, as well as the Blockfish stuff. Plus, I've also got use from the slapback echo in the Goldwave editor. (Though that can't be used alone.) There's a Focusrite one I quite like at the moment but it's name escapes me.

A lot of stuff from magazine coverdiscs are worthwhile, especially as they're on a cheap magazine.

Syntar is a pretty decent sitar instrument, whilst the B4 is always a good choice, especially run out through a genuine organ amp and speaker for true flavour. Any old one from Ebay should do, as long as it has an input or you can put one in. (I use a 1975 Yamaha Electone. I really recommend this, even for bass.)

Chip 32 dishes up some instant 8-bit noisery, whilst 38911 Bytes, Peach, Toad and many other more specific applets deliver some lovely Commodore and NES-imitated heaven. Chip 32's also good just to audition a tune itself with as neutral a sound as possible. Sometimes with an instrument you just don't get the gel using one sound over another.

Abbey Road plugins can also take you further to heaven, especially with good valve or emulated valve hardware, whilst the likes of Kontakt fall into their own huge universe.
Top

My mainstays have become Synth1, Synthmaster CM and the free version of alchemy player ( comes with a large set of free samples to get you going ). Synthmaster is a freebie on Computer Music Magazine. Thats a mag to pick up btw, it usually has a Synth/effect pack on the coverdisk, or in my case a digital download. ( they give away Zebra CM in that pack too ). I grabbed that off Zinio for 5 Bucks and gave a download link in the mag.

Anything else?? hmm Superwave is nice for the big pads, and ooh yeah Sampletank Free is good for its strings..

On the other hand you could always grab Safron, a free soundfont player and go that way.. I think Hammersound has HUGE amounts of GM ready and single shot samples for Soundfonts.

As for commercial software.. I just use Sonik Synth2. A sampletank set from esoundz.com. Worth keeping an eye on that site, i got Sonik Synth2 for 29$ and came with 2Gb of samples, oh and Fruity Loops 10, which has some very nice VST built in. That I grabbed for 100$ from Future shop .

I've probably mentioned this many times before. But I love this Polish made VST pack.

Mine was that guitar amplifier/FX thing

Won't somebody PLEASE think of the children?
Top

I like my CS80v with a good controller you can get good expression from it. I use a JP8080 for the controls. Rhythmus is a good free 70's Jarre inspired drum machine and I do like my Pro 53.
Those are the main ones I use mainly because I would be unable to afford/get the real thing then after that its mainly hardware which I use inconjunction and I think they are much more better sounding in my opinion.
https://martinkdodd.bandcamp.com/
https://soundcloud.com/martindodd
https://www.youtube.com/user/C64remixer
Top


Fun fact; Hans Zimmer used a special version of Zebra 2 on the Dark Knight soundtracks.
Check out my website.
Top

And of course there's the classic....

What about the Sylenth1? Seems to be pretty!
http://www.lennardigital.com/modules/sylenth1/

These pages might be worth checking out if you are looking for a free vsti with a 8-bit sound. ODO synths and Peach .

As for my personal favorites, vsti is most definitely reFx Nexus2 and vst is either NI Guitar rig4 or PSP N2O. Tho none of those is free.
Top

But I did use one old vst once... it was a harp physical modeling plugin, that I sampled every key from (61 notes) in 8 velocity layers on my hardware E-MU E5000 Ultra sampler.... it was used once... cause it's the harp playing on my "Entombed" remix

So if I had to pick one, that would be it... Harp Time it was called if I remember correctly...
Regards, Jess D. Skov-Nielsen (Razmo).

the mainstays in my collection are the Dune, Massive, predator and albino .. well worth the relatively extortionate prices they asked for.

Synapse audio (publishers of dune) have great customer service though so its worth the investment.

Free ones I use alot of the TAL vst's noisemaker etc.. they're worth looking out for.
http://www.myspace.com/1nfamousuk
http://www.infamousuk.com
Top


Can I say 'all of the above' at the moment?

Though I must ask if anyone's used the UAD 2 card stuff yet? In particular the Studer tape effect. How expensive a real deck would that compare to?
Top

Any rough doodle can sound a masterwork, with preset 5 the general best. Go on - try it! (I was running Mario MIDI through it and everything. It's brilliant!)

And get yourself a copy of Computer Music Special 62, for the ace Drum Drops rompler.


There's the mag but it's the disc you're after. And I'm truly boggled at the sophistication of even magazine covermounts now. Miles ahead of the equivalently priced, equally impressive Micro Rhythm set, of back in t'Eighties. 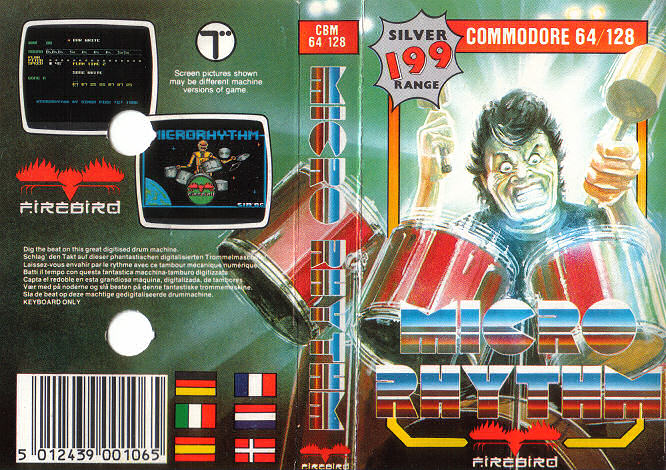 Return to “Work In Progress, remix suggestions, and musicians talk”