What Rob Hubbard did before becoming a C64 composer?

What Rob Hubbard did before becoming a C64 composer?

by Waz
He rented out Philips TV sets in Norwich, apparently ;)

Check out this advertisement which was displayed during the Norwich City v Liverpool game in February 1980 (it's the yellow one at the top of the screen):

by Dumper
And look what his mother was making

by LMan
I've seen a pub in Cala Millor that was called "Ma Hubbard's - Crazy but friendly" or similar.

by Vosla
Talking of crazy... I hope L. Ron Hubbard isn't his uncle or something...

by moog
And maybe his grandfather has been doing this 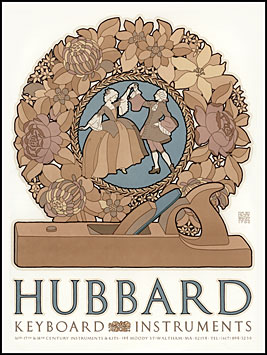 by Steve B
The Hubbard Model

Figure 2: The Hubbard model describes a single band of tight-binding electrons, supplemented by a Coulomb repulsion U which acts only between two electrons (with opposite spin) situated on the same lattice site. The kinetic energy is given by hopping amplitudes between neighboring sites, which leads to a dispersion relation with a band width W. The local nature of the Coulomb interaction can be justified by screening.

and his mother may live here:

is this not getting a bit 'Image Association Game #4' ?
All times are UTC
Page 1 of 1