Talk freely about the scene, the world of remixing, or anything off-topic unsuitable for the "Fun Forum".
Post Reply
466 posts


And The Lord's Prayer.

..in Eskimo language. Of course.
Top

And to let the overheated LD player cool down, some NES games. I only know so many are good now thanks to review videos like CGR Undertow.

Same for the crap ones too and boy, were there many. As I boy I thought I was the one that was deficient, trying to plough my way through s**t like Hunt For Red October, or just half-good games like Mc Kids.


With games I had and wished I'd never got rid of, Godzilla was a good monster battle game and Pacman was just a classic. By my early 20s, I was jaded with games and wanted a clear-out but what a mistake to have made.

On Ebay now, remaining copies are tattered and expensive. Or gone. What had I done?


Emulator time again. Though that allows me to solo and 'rip' good NES sonics for the keyboard at any time, so there is one damn good benefit.

..Or I could just go back to that red hot player and cook pancakes in it.
Top

mega man 2 is one of the BEST games EVAAAAAAAAAR!!!

Well I'm looking forward to it then. Especially as I've downloaded all the NES games ever (I think) in the GOODNES pack, including hacks, so all I need do is find the flash cart. Meanwhile, the Internet is telling me what else is good.

Do you have any suggestions yourself? What about the Subzero archive?


And already with a SNES, though no Wii, I could just get this for the DVD.

Though should I get a Wii, I'll look for Super Smash Brawl.
Top

And back to LD, for my own perusal.


I did just wonder a mo' why I obsess over a dead format when these are also on DVD. But the LDs are still cheaper. (Well, usually.) And they're not all on DVD. And magic too, as mentioned.

Cool stuff. Makes you wonder how many they sold!
Won't somebody PLEASE think of the children?
Top

Not very many, somehow....... But splendid bits of history, looking at all that future on telly, while all we kids had to grapple with were blocky, flickering 8-colour Spectrum or BBC graphics.

In that context, no wonder the Amiga was seen as the miraculous bridge between home tinkering and pro-multimediariness that it was. That's why it still seems as magical as today's machines for me. The Amiga represented all that promise, fulfilled. At a price. Just a few games more than did it for me.


And perhaps one day the Playstation discs will be as retro-chic as the old Atari cartridges. I think they will be, as the PS1 was the herald of a new phase too.

But they degrade, so I'll also keep watch for the Playstation flash kit, to preserve the games long after the scratched up, fingermarked originals long since stopped playing. (Well, tatty's all you usually get now.) 
Hope something similar appears for the PS2. You can softmod apparently, but I had no luck trying and I do like the idea of preserving old stock for the back-compatible equipment.
Top


That was doomed to failure, when computer rigs we afforded only needed a floppy at best, then replaced by CD when we did have the resources to exploit such storage.


But lucky old Beeb, having compatible access to the doomed Doomesday project: http://en.wikipedia.org/wiki/LV-ROM


But another awe-inspiring example of a device too ahead of its time to succeed. (Indeed, this one was slung in a barn. Barns and sheds are great levellers, where machines of even the greatest spectacle can end up.)
Top

And just look at these hard drives. The suit any pocket nowadays.

500 gig for £38? A small capacity by today's standards but that's still space enough for a monster stack of films.

To think I paid £120 for 40 gigs once and thought I was coming home with a bargain.
Top

It's weird that hard drives have kind of maxed out at 3Tb now. They spent ages where 2Tb was the biggest you could get (some years, I think). Must be come physical limitation they've run into.
Won't somebody PLEASE think of the children?
Top

Well it's probably for the best. Data density's crazy enough as it is and it's already a good idea to keep multiple hard disk backups of all your priceless bits.

Though if computers have hit limits, then not before performance blew everyone's minds. Which is pretty good going. Just reflect all even our computers can do now.

And with every NES game downloaded (all in one pack, though I can't remember the name), let's look at some serious hardware....


What a great Christmas present stuff like this can make at great prices.


But you have it. I'll only want to put my Binatone Pong console in it or something.


So more modest consoles and games could be your lookout. Take this £50 SNES. Still in good, unyellowed condition and as such I still pride mine very much. (Mine still looks, feels and works brand new, so for a spare I'd have a very high benchmark.)

And just look at this classic LD player:


I'll be selling some of my albums to make room on the shelf with my own collection.

And this stuff happened: 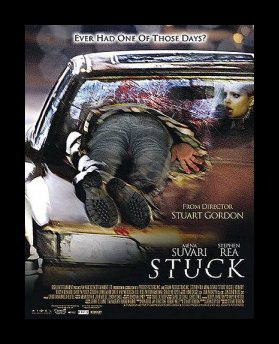