Weebl, famous for his award winning website weebls-stuff.com, has recently published his first c64 remix at Remix.Kwed.Org. Read about how the c64 had an impact on his life.
Real name: Jonti Picking
Nick: Weebl
Born: 1977
Nationality: British 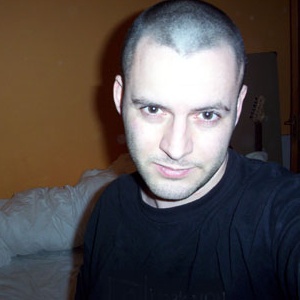 When did you get your c64? Was it your first contact with computers?
Oooh blimey. It was back in 85 or 86 I think. We'd had a few computers by the time I finally convinced my dad to get one, starting with a VIC 20, then a Commodore Plus 4 (shudder) and then a Speccy (yeah I know but it was cheap.) Then we went to the Amiga so Commodore 4 life (fo shizzle!).
Were you in any way creative on the c64?
I was indeed. I had microrhythm, the sampler cartridge (woo 2 seconds) and the weird keyboard addon which, lets face it, was pretty pointless.
Who were/are your favourite SID composers?
I love Martin Galway and Rob Hubbard. I also like Tim Follin. Some of his tunes are simply amazing, and the noises he coxes out of the SID chip are fantastic.
What are your fondest memories related to the c64?
The music was always the bit that's really stuck with me as it's what got me interested in making tunes myself. I remember just pausing Delta to listen to the in-game music, which is probably my favorite piece. I also loved pretty much all the Thalamus releases and of course the mighty Jeff Minter. Iridis Alpha was a favorite of mine.
Your Delta remix has been well received by the audience here at Remix64, and you were elected #2 Best Newcomer 2004. What kindled your desire to make your own c64 remix?
I mainly did it as a thank you to Chris Abbott for inviting me to Back in Time Live. He'd spotted I was using some c64 sounds in Magical Trevor and of course it's Delta. Meeting Gary Liddon was brilliant but he's a shouty bugger.
Are you going to produce further c64 remixes?
Possibly. I'm not one for obsessively remaking stuff, but I'd like to do a few more pieces that I've loved. If I can get decent MIDI files to rip to shreds I will.
What were your impressions from the BITLive 2004 event?
It was so much fun. Jon Hare playing bass like a trooper. Ben Daglish and co's storming Monty on the Run and of course Visa Röster with their amazing singing and theatrics. It's a shame Jeff Minter and Sir Hubbard couldn't be there, but everyone was top.
What do you do for a living?
Make childish jokes about poo and stupid animations.

Please tell us about the creation of the characters Weebl & Bob. Did you intend to make it a series from the start?
I was bored stiff and I'd found B3ta.com, so I figured: I can use flash and pie is a funny word... Let's see if I can do the most idiotic and simple cartoon ever. I never intended it to be a huge thing, but it just sort of caught on.
Your website won Yahoo! Finds Of The Year 2004, the SLAY Radio team did a Badger dance at the Stanstead airport... How does that make you feel, did you ever expect the series to become such a major hit?
It makes me feel like 13 cats milking a fox. Like I say, I never really expected any of this, but I'm glad it happened as now I can just sit around shouting like a loon all day.
Weebl & Bob had appearances on MTV, too. How did this come about?
MTV emailed everyone who worked on the site but me. I was working at a web company at the time when I suddenly got a bunch of phone calls from Skoo and Co. saying MTV were trying to get in contact. I phoned them up and they invited me in for a meeting and said did I want to show it on TV. Soon after I quit my job to make cartoons full time. Which was nice.
I understand that you had to rename Weebl to Wobbl for the DVD release because of 1960's toys of similar shape called "Weebles". Why are they so nitpicky about it, and is there a chance that this will be sorted in the future?
Lawyers eh? They seem to know what they are on about so I tend to do what they say is best. We're not rich as kings so being sued isn't really an option. I'm hoping that one day we'll be able to use it.

Why Badgers? 😊
Why not?
You seem to be effervescent with creativity. Where do you get your inspiration from?
Mind Piss. Skoo is helpful too.
What equipment do you use, for making music and for animation?
I use a wonderfully high spec PC. Shiney shiney soundcard and Flash 5 mainly. For sound I use Reason 2.5. Frankly it's the best music program ever made and anyone who says different is as bad as Moon Hitler.
Finally, will Weebl ever get back Donkey's love?
That would be telling.
Any last words to the c64/Amiga remixing community?
Do some exercise you lazy shits.
Some explicit last words from weebl. 😃 What's left to say - keep up the great work!
- LMan
Interview date: 03.02.2005