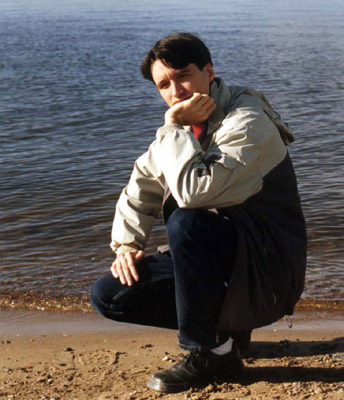 I was born and has grown in Moscow (Russia) May, 9, 1973.
I play on keyboards (self-educated person).
In music of the beginnings to be engaged since 1989 on computer Atari.
In a programe-debugger made by my friend. It was cool.;)
Then I have assembled to myself ZX-Spectrum. On it also has got acquainted with the program of family Trackers. It was Sound Tracker. In it has written many compositions.
The following stage was accomplished on computer AMiGA 600. This stage has coincided with creation by our demo scene group LooKER hOUSE. In which I be till now as the musician.
ProTracker - the ingenious program! Till now sometimes I use.
Further were ScreamTracker , FastTracker,OctaMed Sound Studio, Impulse Tracker, MusicLine and THX (AHX). At present on AMiGA I use tracker DigiBooster Pro ( http://digiboosterpro.de/de/index.php ).

Now i study Logic on the iMAC.
I want to try to make music on it.

But my favorite programm is Pro Tools at the moment...


The premiere of first my film with a sound in format Dolby Digital November, 26, 2002 was held.