Soundcloud will soon play host to a large number of individual tracks/stems taken from Chris Abbott's many CD remixes, ready for remixers to re-remix (including commercially or for RKO) or just to enjoy or play around with. 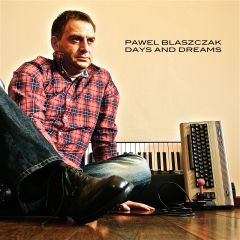 Album Days and Dreams is available for download on bandcamp. Here is what some of bandcamp members said about this album:

Martin Millar: An absolutely gorgeous album. From start to finish it has the perfect blend of old school C64 mixed with a more contemporary chilled sound and the SID is treated as an equal instrument and never feels like it has been just stuck on. Beautiful melodies throughout, this one is highly recommended for C64 & Amiga lovers as it is up there with the masters Rob Hubbard, Chris Huelsbeck and Tim Wright. Favorite track: Flying.

On this album is original Commodore 64 with MSSIAH used. Also SID Station from Elektron. Modern electronica is represented by DIVA and Zebra from U-HE. Piano and El Piano are from Korg SV1. Also iPad Animoog and crushed bit drums. For couple tracks is OTO Biscuit with great 8bit flute type sounds used. Some of nice sounding leads and square type sounds are from Waldorf Pulse real analog synthesizer.

As a composer Commodore 64 was the main reason to became composer when I was 15 years old. After 26 years for 30years Commodore Anniversary I released this album which is representing my music nostalgia for 80s and Commodore 64 times.

open_in_newDays and Dreams on bandcamp

Back in Time Live is back in Manchester on September 15th, in co-operation with Retro Revival, SceneSat and the Superbyte 2013 Festival!

Great live music, Oscar awards for gaming and general SID awesomeness... and more! Even if you can't make it, the event will be live-streamed on SceneSat Radio.

Watch legends such as Jeroen Tel and 8-Bit Weapon do their 8-bit thing on stage! 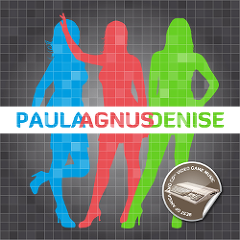 The album includes a total of 19 tracks which are either remastered, studio versions or remixes of Amiga game music, with five of the recordings being previously unreleased.

The new recordings include new remixes by Tim Wright (Shadow of the Beast 2 & 3) and Fabian Del Priore (Apidya) a new studio version of the Speedball 2 theme and an acoustic recording of the Agony theme.

Space Explorer Polaris has finally launched into space, with the aim to push the sonic boundaries of traditional 6581 SID music.

This project is the solo effort of C64 SID remixer Pawel Osmolski, and after a month of preparation, the result is something fresh, hypnotic, yet blissfully nostalgic. Staying close to the melodic haunts of Rob Hubbard, Jeroen Tel, and likened to the softer side of famed electronic composer Richard D. James. Please prepare yourself for take off and enjoy your flight!

You can now download the new EP produced by daXX.

The Project BSCNI & JNZ is a coperation between Rico Bernasconi & Lazy Jonez (daXX). 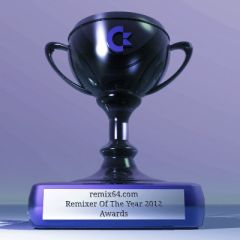 Remixer of the Year Awards 2012 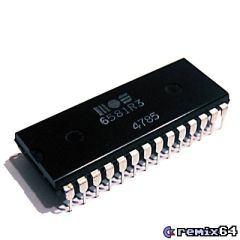 New article with many interviews!