We have been taking your votes for various categories including the one that the initials come from - Remixer of the Year.

The award show will be presented and broadcast by SLAY Radio, Sunday 16th January, 20:00 CET. It will also be relayed by SceneSat Radio.

Join your hosts, Boz and Slaygon, with a round-up of the year's events followed by the awards ceremony itself.

ARGH! Only 3 days left and I don't know who to vote for!

To ease your decision, the ROTY voting page now has a sorting feature that allows you to gain a quick overview about:

On the 23rd November in the year 2000, a new website revolutionised the then young c64 remixing community: Remix.Kwed.Org, lovingly named RKO by its users, went officially online. Offering vast webspace and free bandwidth, and employing latest web technologies, its founder Jan Lund Thomsen finally enabled artists to submit their remixes into a free, central, automatic music repository. This system compelled by its minimal design and ease-of-use, quickly superseding or complementing the conglomerate of websites that existed before (Triad's mp3 site being the most popular), which were loosely organised via the c64rmx yahoogroup.

The success of RKO lay the groundwork for many of the scene websites that came after, including Remix64.com.

Thanks Jan for 10 years of ceaseless service to the scene! 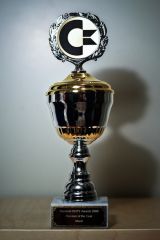 22/11/2010Very much belated, this year's votings for Remixer Of The Year 2010 have begun. You can vote for your favourites in various categories, either at the ROTY tab in the voting box, or directly at the central ROTY voting page. 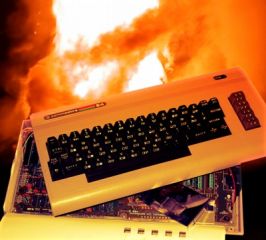 21/11/2010An unnoticed problem with the Remix64.com email engine prevented the submission of emails through the website since October. This was not indicated by any error message - the mails simply weren't sent. Affected services:

Another related mishap caused the loss of all user passwords. They have been recovered from a backup made in March 2010 - if you have changed your password in the meantime, it will have reverted to the old one. Members who have joined after March 2010 have been provided with new random passwords via email.

02/11/2010We have cleaned up the Commodore Remix Forum. Several related categories have been merged, the Regional Threads category has been removed. We've made these changes to ease keeping track of topics otherwise located in less frequented categories, and in general for a better overview.

SceneSat Radio to broadcast from X-2010

29/09/2010SceneSat Radio will be broadcasting from the X-2010 party in Someren, The Netherlands this upcoming weekend. This is a pure C64 party and SceneSat will be airing the compos, interviews and other chats as well as the DJ sets from Datucker and Jeroen Tel. The set by the band 6581 will be broadcast partially, but they will play tracks as Arkanoid, Bombo, Cream of the Earth, Commando, and some demo scene tracks so it's all set for an exciting weekend with lots of C64 stuff on the way...

Shows will be scheduled in accordance with the party schedule.
Submitted by Ziphoid 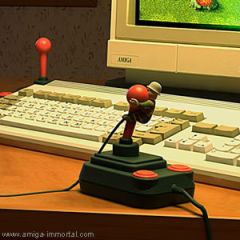 18/09/2010After 4 years in the making, producer Jan Zottmann and distributor MAZ Sound Tools finally bring you the 4th volume in the acclaimed Immortal CD series in December 2010. The double CD set with a playing time of 150+ minutes can be pre-ordered from MAZ now - it will include arranged music from a variety of Commodore Amiga games (see the list below).

open_in_newVisit the MAZ online shop for exclusive previews and preordering

arrow_forwardRead more about the "Immortal 4" project on Remix64

25/08/201011th of September 2010 seems to be the day of SID tribute concerts because along with the 10th jubilee party of fellows PRESS PLAY ON TAPE, an another gig will be played by SIDrip Alliance the very same day starting at 8:00 PM.

The hosting Function Party is an annual multi-platform demo art meeting/competition in Budapest, Hungary, where old-school C64 releases are sent against the hi-tech PC ones ...and sometimes win 😊. See official sites for details. 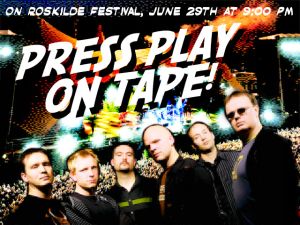 22/07/2010It's hard to believe but it is already 10 years since PRESS PLAY ON TAPE was formed. In order to celebrate this PPOT will be playing a concert on September 11th at their regular stage, namely The Rock in central Copenhagen. More info soon on their webpage.