This new album of remixes came as a surprise to many – there was very little hype online, and suddenly there was the album on c64audio.com to pre-order! Pre-ordering the album entitled the user to download the tracks (as either high quality MP3 or FLAC) and then to receive the fully pressed CD. The CD is now complete and in my hands, so a full review is in order. 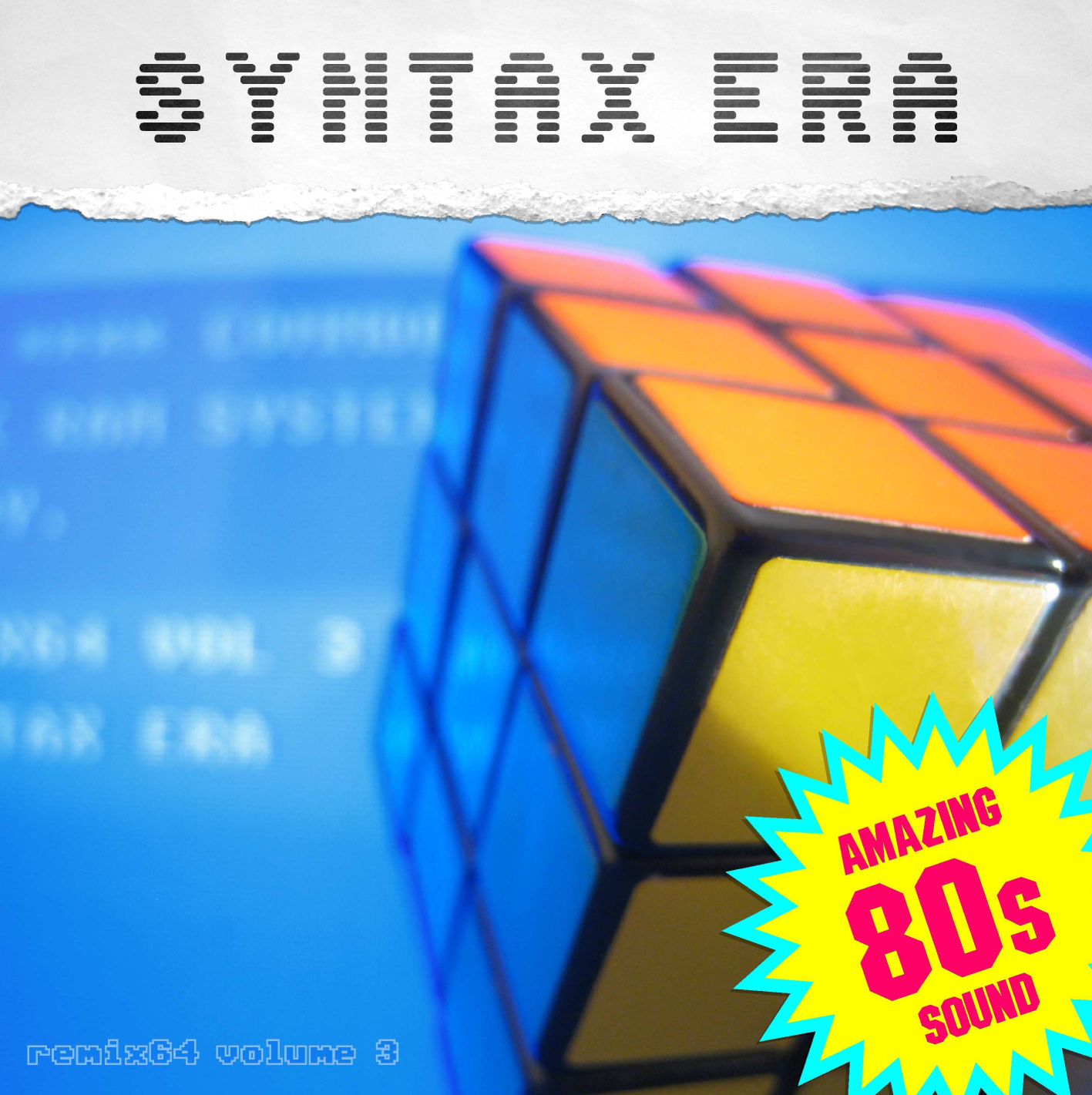 Once again there is a very talented group of remixers working together, organised by LMan (LMan). The original Remix64 album was songs in the style of many classic 80s artists, and some of those names are revisited here – Paul Hardcastle, Depeche Mode. This time there are many more elements of the original 80s tracks merged into the remix to great effect.

The first thing that strikes you is the cover. The iconic Rubik’s Cube stands in front of a blurred C64 monitor - a clever mix of imagery and a subtle reference to the many 1980s compilations that fill the shelves of high street music shops. Inside are the comprehensive sleeve notes for each track.

On first listen, there were a couple of tracks that really stood out. Alistair Boz Bowness adds his deep voice as the announcer on the Formula 1 Simulator remix, inspired by Two Tribes (from the infamous Frankie Goes To Hollywood) and it carries a great atmosphere. The aforementioned Paul Hardcastle and his soundbite-laden 19 is skilfully imitated by Thomas Detert’s take on BMX Kidz. Probably my favourite of the lot has to be Dominator, Tonka going into full-on dance mode - inspired by the Shamen’s Move Any Mountain - taken to another level by the great lyrics (Shoot to kill, become a dominator) and the rap in the middle. Tonka and Makke have really nailed this one.

Comic Bakery has been tackled by remixers before, but here it is masterfully aligned with Broken Wings. The Art of Noise classic Moments in Love is blended with Flight Path 737 and a singer named Hayley to produce a fantastic track. The bassline and rhythm of Billie Jean provides an unlikely but successful accompaniment to a Tim Follin track from Ghouls ‘n Ghosts. Even the less-known tracks – Jethro Walrus from the mighty Bogg (Graham Marsh), and Aspar GP Master from Jeroen Tel – have been tackled in an interesting way. The former sees Makke once again in Depeche Mode style, the latter from Romeo Knight is a bold attempt at a Kajagoogoo style track enhanced with some live saxophone for that 80s feel. And Moog must have communed with the spirit of Herbie Hancock to remix Drax’s Why Me?

There is a nice mixture of moods, from the mellow Farian’s Truth edit of Gem-X by DJ Skitz (inspired by Milli Vanilli’s Girl You Know It’s True), to the up-tempo LaserDance stylings of Crazy Comets from Sonic Wanderer. Arkanoid blends nicely with The Message, and also references the classic Rockit from Herbie Hancock. Rounding out the track list are Tron’s Sanxion mixed with Donna Summer, Tusker featuring vocals by Slaygon in the style of Sisters of Mercy, and the Black Box disco mix of Blackmail by PowerTrace and Chris Abbott. Strangeace is a blend of ACE II and another Depeche Mode track, Strangelove, as a collaboration between Makke and Sonic Wanderer. The album closes with a stylish SID-like remix of Only You by Yazoo, the gorgeous vocals of Eliza Zoot adding so much to it.

Throughout the album there is a real sense of fun, and also respect for the classic tracks. The amazing thing is that no samples from the original tracks were used, making the recreation of the styles and sounds even more impressive. The lyrics are cleverly put together, talking about the past and the SID chip and also sampling the voice of Rob Hubbard talking about SID. While there are one or two tracks I consider slightly weaker than the rest, it is a very good collection. The tunes that have been tackled before are nicely different, and the album as a whole is a nostalgia trip. Maybe it will have wider appeal than to the usual remix audience, but like the previous two Remix64 albums it is an essential purchase for remix fans.