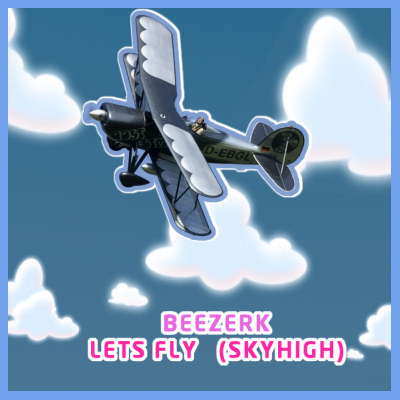 three decades combined in one choon. 70's Disco styled string combinations, 80's c64 chipsound and mid 90's Houseflavour.
Have phun
Ps: Please no discussions about length, it's a Club cut so it got an intro and outro. If you dont like it that way skip it!

k_rostoen shouts:
Wow, great remix! A little too much SID-lead and a little too long. With some vocals this could have been a radio hit.

omoroca shouts:
Stylish! Mixing is awesome! Great use of the SID!

defiance shouts:
Wow, I love this one, the mixing is top notch and the SID-usage really takes it to the top! If I would to complain about one thing, it would be the lack of vocals. But the tune itself carries it by itself all the way to the finish line. Well done!

chilli_uk shouts:
80's Early 90's Disco hit - Jesus - this is awesome - and yes with vocals could be the best tune of the year so far - Stunning Mastering!

infamous shouts:
Never heard of the sid tbh, and I knew what to expect long before I downloaded it, this is king bee doing what he does best.

dafunk shouts:
Amazing stuff BZ! I always liked ur music style and combining the sid in it makes me like it even more! :D

ScottMcUK shouts:
Had to join the forum to tell you what an outstanding mix this is. Wouldn't sound out of place in a nightclub. Spot on. Well done.

Scyphe shouts:
High production values, but kind of lost me after a while.

prowler shouts:
Great combination of disco and SID. Love it!

bosone shouts:
Very good production and great work, even if I don't like the genre!

c64glen shouts:
A perfect example of everything it tries to achieve.

Waz shouts:
Three words: funky, funky and funky! It ticks all the right boxes and has some luscious sounds, and good use of the SID in the right way. So much fun listening to this one!

Imphenzia shouts:
Good quality but a bit too loopy / repetative for me and also ending could be improved. Still a good remix!

humorguy shouts:
You keep me flyin' - higher and higher....!

eliot shouts:
Nice, but due heavy repeating quite boring....

Engineroom shouts:
Anything that BeeZerk touches turns to gold, in my opinion!

Nebdar shouts:
It's that kind of music I don't like to much horrible repating sounds, brr