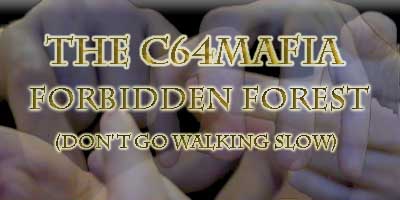 80%
Story
Ok homies, this choon was supposed to be very laid back from the start.
We didn't want the usual attempt to do a scary arrangement, so we opted for something more original.
As we thought, it created some sharp divisions between the ones who catched the spirit orf the remix on one side and the ones who don't hear the melody of the original sid (that's *all* *there*) on the other, because:

a) need some ears cleaning or,
b) need a new stereo set or,
c) "has some prejudice for the composers" or
d) want a remix a 1:1 conversion of the sid or
e) all the above.

Back to the muthafuckin' choon, it's nothing out of the norm in the arrangement field; heavy use of samples, a nice bass riff, light mastering (it was nearly ok from the start).

Papa Sid did (as always) a fuckin' brilliant work with the vocals.

I was chillin' at the back of my home
Needed to relax, and just be alone
Weather was fine, the sky was clear
So I was sitting in the sun just zippin' a beer

Opened the paper, a headline read
Be ware of the spiders, or you'll be dead
I didn't take the stuff so seriously
But all was to change, quite mysteriously

There before me, a hideous beast
I was scare, to say the least
I couldn't believe this spiders size
And that was when I realized

I wasn't chillin' anymore as you might gave guessed
But killing all in sight like I was possessed
Blood all around, from my foe
Mafia style as I hope you know

Just like Trauma was singing
I was shootin' and I was killin'
I'm shootin' I'm killin' & /repeat.html 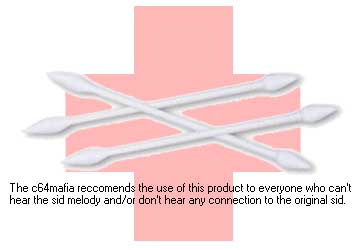 Tas shouts:
Ha! Thought this had been submitted years ago!

Dan shouts:
Re submitted? Tut tut, this happens to be in my car at the mo, its a classic

Waz shouts:
It's well produced, but where the heck is Forbidden Forest? Sure, the vocals refer to it, but there's no feel.

aries shouts:
Can't find the original melody besides the intro. Please correct me if I'm missing something (a cranky variation perhaps?).

bastard shouts:
It's apparent that some of the voters has some prejudice for the composer. Really - as the tune has next to nothing to do with the original it should be disqualified. What's next? 'Everybody Was Kung Fu Fighting' as a 'Yie Ar Kung-Fu' remix?

Dumper shouts:
A nice mix but too far away from the original for my tastes.

hispeed shouts:
Listened to it too much already.. Darn it.. Still one of the few outstanding remixes of forbidden forest :)

beldin shouts:
Stay away from this if you're in search of a remix.

eliot shouts:
The song itself is great, but it's not a "Forbidden Forest" remix.

weasel shouts:
Well, although the _only_ link to the original SID might be the _very_ beginning of the tune!! ;-) hmm....

devilhood shouts:
I have a soft spot for funk hehe, though you should have really included the beginning rhodes part during the rapping, it would have made more sense that way :^

M.A.F shouts:
I heard this after the Draxx remix. This is better. Very different to whats out there anyway. Goldie Looking Chain.

anaconda shouts:
Nearly deleted it when I heard the intro..!;)

sabreman shouts:
Just hear this on the podcast - funny stuff! I don't usually like vocal remixes but this one is great :D

provolik shouts:
Generally I don't like this genre but this song is great ;-)

Psychonaut shouts:
Great singing and instrumentation, but the lyrics are incredibly hokey.
Reviews