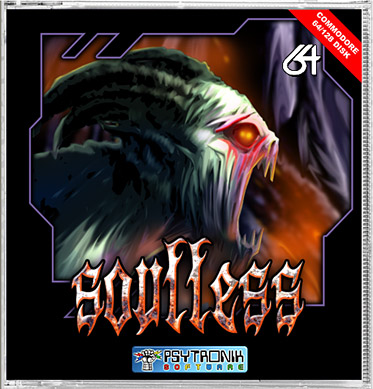 Back in March Kenz asked if I would compose an arrangement of some music in a forthcoming new C64 game, this was relevant to my retro-interests so I said yes immediately, plus I also fancied getting a contributor's complimentary copy of the game for posterity

I was a bit worried though, as when I do an arrangement its because the original speaks to me in some way, but here was me approaching something new, blindly (deafly?)

Fortunately, I was not disappointed - the main theme from Soulless was a wonderful, original sounding but with a kind of Follin/Elfman/Williams-esque style that really appealed to me... whilst at the same time very much daunting me with its structure and rhythm.  My intial attempts at arranging it tried to ignore this and put too much of my own spin on it, but ultimately changing the overal tone, so I decided to stick closer to the original.

My first attempt was actually quite a nice piano arrangement that whilst sounding pleasing, wasnt really big enough to warrant being worthy enough to be put on the accompanying disk shipped with the game.. and to make matters worse Kenz - the villain - gave me some hints of what it maybe ought to sound like - he suggested Game of Thrones and Daxx's rather lovely Shadow of the Beast 2012 remix - I know *now* that these pieces are both magnificent... but at the time I could *not* listen to them as I feared 1: them influencing me too much and/or 2: me feeling too much pressure to match their quality!

So.. with only a few weeks before the due date I just ploughed in, initially just building up the structure of the piece, then going in and embellishing, and making small stylistic thematic changes in places - I felt certain sections really lended themselves well to a jazzy backbeat, coupled with a very real performance-sounding double-bass... I almost pictured Danny Elfman's little spooky band quartet from Nightmare before Christmas playing some sections

Anyway - in the end I still could not implement all the ideas I wanted, but was limited by hardware, time.. and well.. my own musical capabilities!

My hope is that people enjoy the arrangement, and that the original composer and makers of the game think it does an ok job 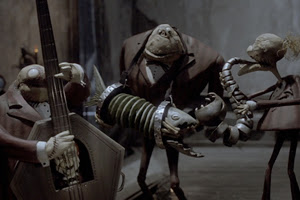 lomaxx shouts:
Lovely original and a nonetheless charming remix. I like it's sort of minimalism at the beginning, long for more and get contentend with the songs progress. Just the very end is a bit bland.

YogibearRenoise shouts:
This is an outstanding remix! Great atmosphere!

NecroPolo shouts:
I miss the dark, pressing atmosphere a little that the name suggested but it still has full of K8ness to keep me smiling. Great work! Soulful, actually.

omoroca shouts:
Actually I don't like this kind of artificial-orchestra remix, but this one has a very interesting feel to it!

gryzor shouts:
Can't help it, I am still a sucker for kate and this tune is FANTASTIC!

infamous shouts:
Absolutely frigging fantastic, its hard NOT to mark this up so high. Well done kate.

LMan shouts:
This is beautiful, Kate!

drm shouts:
Nice production. Like the soundscape after 2mins :)

ladyblue shouts:
Nothing remarkable to my ears
Review by nettuno

Excellent my friend: you know one thing or two about music composing that someone other must learn quickly. The melody is complex, rich, various and delightful. Good the instruments choice, good the quantization and all of the rest: I was enchanted from the start, to the end of the music piece. Well, now I will look for yours others pieces, hoping they be of same quality. Thank you very much.