68%
Story
This track is an alternative version of Dr. Future's Original for everyone, don't liking vocals in retro mixes (like CZ-Tunes and me). I took the background from him and mixed some hall enhanced SID-Vocals with some drums to this version. Although it's not sounding much spectacular, it took some hours pitching the SID tunes to the slight varying background tune and add some enhancements to make it sound more dynamic.

Nevertheless I hope you like it a bit, even if this song is one of the very few one-track-tunes I made. Due to missing hard- and software I'm limited to Traktor DJ Studio 3 and Cool Edit 2.1 which I'm using for my megamixes (I think Part 4 will be released at the end of 2008). If I'm having enough time to occupy with a really good tracker or production software on PN, there will follow possibly more...I don't know yet. And maybe I get another chance producing in a real studio like some years before. 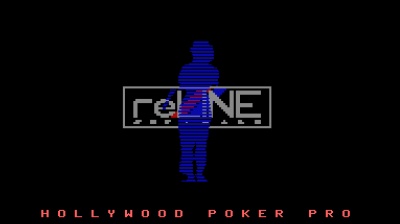 Skitz shouts:
This is quite good as a straight forward reworking of the original SID as it says in the title - nothing really special though.

chilli_uk shouts:
Good qwork and we all asked dr future for a non vocal version - the clothers thing screwed a great tune - this is nice

brix shouts:
Has a good 80s-style Euro-Pop-Sound, like Michael Cretu did it (who prduced "Sandra"). The rather 90's techno-organ at 1:17 doesn't fit at all.

Caboose shouts:
I like this a lot. Not surprisingly, since the original is by Hülsbeck :]

LaLa shouts:
I like the groove, some the SID leads sound out of place, though. I would drop the arpeggios in favor of chords. Nice disco feel, though!

Waz shouts:
Like the feel of this with the SID tune arpeggios, it's clear and inoffensive and works.

prowler shouts:
Thanks to both you and Dr. Future!

c64glen shouts:
Wasn't a big fan of Dr. Future's vocals, but his track is better than this.

anaconda shouts:
Exchange that lead synth with a lead guitar, and you would have had me.

SkyMarshall Arts shouts:
I like it! Good jumpy beat/bass and overall solid production. Maybe a little boring in some parts, but the lead makes it all worth while. (now I got to hear Dr. Future's as well)

NostalGuy shouts:
Between average and good, but a remix of such a great original tune can never be average. I think you did a pretty OK job. It's just that I imagine it can be done even better.