VOTING DEADLINE FOR REMIXER OF THE YEAR AWARDS: FINAL DAY OF VOTING

Thanks to my old compañero de clase Patty for getting me back to making music! I love you, man.

I used Renoise for drums + bass and my old Casio CT-660 keyboard for the other voices. So drums + bass are programmed, but the rest is actually played and recorded using Adobe Audition, which I used for mixing and mastering, too.

I got the idea for the original SID back in 1987 while playing the game Amidar on the Atari VCS 2600. It reminded me a little of Donkey Kong, so I tried to make it sound similar to that game's soundtrack. 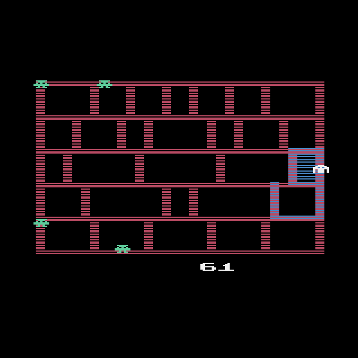 Shouts
No shouts yet.
Reviews