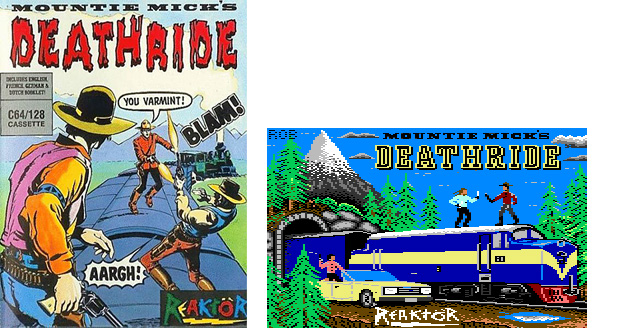 69%
Story
After four years of silence (last production from me was back in march 2007) I decided to make a little remix. The choice of tune was the very first game I got i my possesion – Mountie Mick's Deathride. It came bundled with the C64 I got for Christmas in... was it 1987? Since noone seem to have remixed this tune earlier, it seemed like a nice thing to do.

The voice samples are taken from the movie Renfrew of the Royal Mounted (1937), which also can be watched from here (should you wish to watch a flick with singing constaples)

Hope you enjoy my little creation.

Arne shouts:
It is simple - but not bad.

Askrates shouts:
Quite simple and straightforward, but it has a really funky groove

pie vs pie shouts:
It has good depth too it and some good bubbling synthsounds, enjoyable tune

weasel shouts:
Nice'n groovy style here... With some smaller downsides inbetween... But okay all in all so far!

akapype shouts:
Vocal samples do the trick for me