1991 SuperCars II was published by GREMLIN Graphics and Barry Leitch wrote the Soundtrack.
We competed each other in this racing game for hours, munched chips and drank too much Coke... how time flies!😉

The Intro-music is really great, so I just had to remix it with kickin' drums, Keys and some Effects! 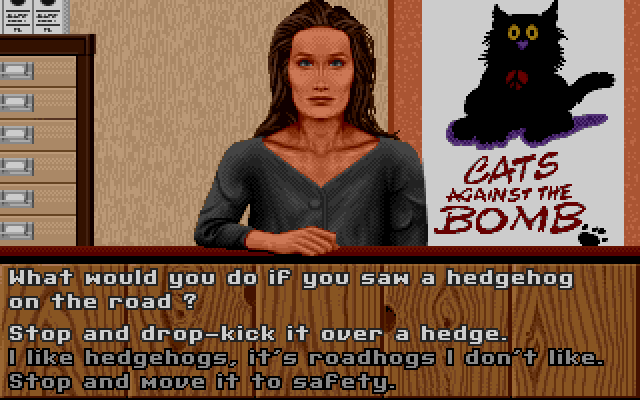 Ziphoid shouts:
Nothing special about this one, but I guess it's performed with enough quality. A bit muddy on the mixing side, though.

AmiStyler79 shouts:
Nice interpretation of the tune, its got a fresh feel.

amigamer shouts:
I've got the same memories about playing SCII as you and this remix brought them back :) Sometimes mabe a bit too much "chaotic" sounds but I really like your arrangement...

kjetiln shouts:
Some cool sounds in there, but some parts are painful to listen to. I think I have listened too much to the original track to enjoy this.

Nebdar shouts:
I never heard the original music but I like that rmx

ikonsgr shouts:
This was the very first soundtrack I heard on my amiga back in 1991! I listened it for hours! A fantastic synth rock style tune and a very cool game too! Nice remix ;)

prowler shouts:
Good remix on one of my favourite games! But the mastering/instruments are a bit too muddy. And slides/notes at 1:39-1:47 (2:38-2:52) kind of ruins some of the feeling.

snappy shouts:
I'm so glad someone has attempted a remix of Super Cars II. Like someone said in a previosu comment, it's not that great. There is a lack of emphasis, but it's cool to experiment aswell :)

neglesaks shouts:
Let down by muddled instruments and mixing

This might have been a fresh trancey take on SC2 theme but is unfortunately let down by that the electro-style instruments lacks definition to my ear and is closer to a buzzing noise than an actual instrument, plus that they are simply overpowering the rest of the soundstage. The outro is odd and hollow.