US Army and Home Retro Fun

US Army and Home Retro Fun


That is so COOL! 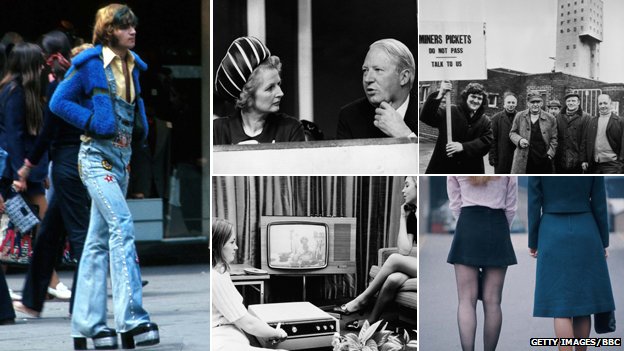 And retro-wise, the 1970s were pretty damn good, weren't they. Good times were determined to roll, despite Government dead-handing of the State and economy, plus trade union mischief, and people finally saw real promise of the luxury life to follow.

However, don't go back in your time machine to live in 1970s Britain. There was less to do indoors and you had to wait for the Government to even let you have a phone. Which itself cost.

You had to SAVE for EVERYTHING back then. And if it was crap, you were screwed. (Most stuff was crap, that you could afford.)


In many ways they marked a reckoning for a country that had been too complacent for too long, basking in the sunshine of post-war affluence....

..So I'm not sure too many older taxpayers would agree with you there, BBC. We did OK, mind and had our moments.
Top

I guess it's good that the nuclear triggers aren't on the Internet!! But in the 70s there was still Kays Catalogue for us poor-ies to buy stuff, and your local rep who'd come and collect the weekly payments.
Won't somebody PLEASE think of the children?
Top

Oh yes, there was plenty you could have:

Fondue sets, eiderdowns, electric guitars or games of Simon. Pong consoles, Atari 2600s, early personal computers and colour television, with companion VCRs. They were worth renting. You could maybe try for that funny furniture they had or a pile of records more in abundance. You had the new microwave ovens, deep freezers, more affordable washing machines or waste disposers, power tools and lawn mowers. And kids had more toys, even just clockwork, keeping them out of the way.

And if you stayed in, you could have a quality Akai for not too much money and lay down your garage band. Or just enjoy other peoples' tracks on the new music centres making listening easier and better.

And that's not to forget what you could see or do in town.

Or just say sod the trinkets and save for the Costa. Or buy a Ford Escort. Though the petrol fumes and cigarette smoke which layered the decade would rush back at me, especially with my asthma these days.

More things were available. But you still had to pick one thing you could have over many you couldn't and even then, if you still had a job to buy with. Especially when grocery shopping alone literally ate up the last of the meagre spending money. You couldn't cram your gob as you do now, either.
Top

Since I was a kid, all I cared about was the toy section of the catalogue... I remember really wanting a mini Cadbury choc vending machine!
Won't somebody PLEASE think of the children?
Top

I remember those. You were better off just being given a bar by your Mum. There was much more of it for the money than those dinky things for the toy. But the plastic vendors did look good.

Though only having been a tiny tot in the 70s, I was luckier to catch the 80s. And have goodies like these:


This backlit Tomy thing was just so 70s:

Plus LCD handhelds and allsorts. I never had the Game And Watches but the cheaper brands gave me a wider spread.


...and I am starting to ramble on. But I'll only forget these memories in maybe just ten years more, so here they're spewed.


Though Matchbox were bastards with their glow-in-the-dark Streak Racing.

I got so hungry playing it because the tracks reminded me SO much of bacon and bacon corn puffs. I remember chewing it once or twice to see if that would clear it.

I still salivate now! Also there were He Man figures, dragster cars and footballs and board games.

I had the Mr. Chatterbox radio. 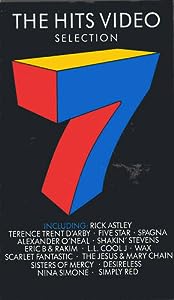 And I was surprisingly given this: http://artofztt.com/wp-content/uploads/ ... -cover.jpg

I knew there was something sexy going on just looking at the cover but I couldn't work out quite how. The words made no sense though.

I had a lovely battery record player (and a stack of singles slung me by an uncle) for almost all the 80s. Like this, but much much slicker: http://i.cnn.net/v5cache/TCM/Images/Dyn ... 070551.jpg

It had two stylish stereo speakers with some lovely fluffy grill material, clear plastic lid, swish grass-green colour system with black line finish and everything. If only Mum and Dad hadn't chucked it out, saying it was 'broken', I could still have it now. But I think they were just sick of me being able to throw it in reverse when I got bored of the music going forwards.

...Yeah, it was direct drive. If only I could remember who made it.

But never mind, as in '87 I was handed a Marconiphone Unit 4 by another uncle. Whose amp promptly burnt out by '88, but it was the thought that counted.

I was disappointed by that. It was stereo that interested me back then, not computers. Except the 2600 and a few Spectrum games. If I really had to do anything else, which was virtually never, there were the RM Nimbus PCs at school. And anyway, I did have an electronic kids' typewriter which printed out like an MPS-801 nonetheless. Wish I could remember who made that, too.


So I also had the single deck version of this, with Dad's stereo for any reasonable recording jobs sometimes: http://www.concept-single.net/tapey.jpg

It let me enjoy the simulcast Top Of The Pops in stereo and get it down though. And of course by this time, Saturday morning jumble sales were STUFFED with late-60s era hifi for 50p and similar paltry sums. I was coming back home with 'em in shopping trolleys sometimes, plus the records, books and tapes from the 70s they were already slinging out. Even the occasional Spectrum and VIC 20, which I wish I had the mind to buy.


Not to mention the 'asthmatic playing the harmonica' stylings of a Bontempi keyboard. (I can't remember whose line that was and I think it was pretty much this model: https://i1.ytimg.com/vi/TrZMfMq9pJk/hqdefault.jpg.) 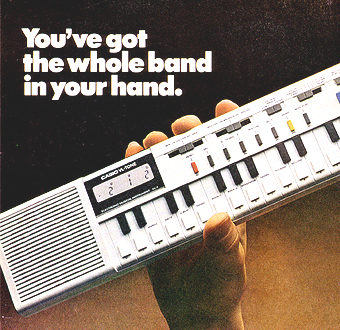 And Gary Cat brought one of these into the playground sometime 'round '85.


I thought that was the coolest name in the school and when he brought his Walkman along too, I thought he was the king of techno.


So in other words, I never had the best but a good pick of 'the rest' - which were not to be sneezed at by any means. Thems were the days.
Top
Post Reply
5 posts • Page 1 of 1