Talk freely about the scene, the world of remixing, or anything off-topic unsuitable for the "Fun Forum".
Post Reply
466 posts

Though at least I can find cheap chromatic harmonicas. Not the best but certainly not tatty by appearances. I bought one.


Had they been so cheaply available back in the day, John Lennon wouldn't have 'needed' to steal his from a foreign music shop. Yup, that one, as heard on early Beatle records.

......And a Primax colour hand scanner, presumably for the PC. Laptop users could scan on the move: http://www.ebay.co.uk/itm/Vintage-Prima ... 3ccc3ce608


All this makes me want to boot my own stuff and quite right too. Though given the vintage, much won't load any more. Not without adjusting the azimuth, which again makes my brain think there must surely be another Play button to press to get more stuff into the PC.
Top

The Einstein. A computer less successful than its namesake. A true curio.


Though looks to me the simplest and cheapest way is to use sitar romplers and a MIDI guitar arrangement, or simply use a little box. 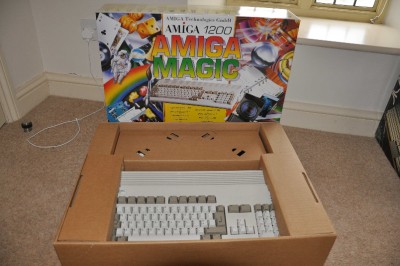 Though this one looks alright. Much cheaper too, though no hard drive: http://www.ebay.co.uk/itm/Commodore-Ami ... 3cd0ba398d

And empty game boxes. (So what, we can download the disks.) 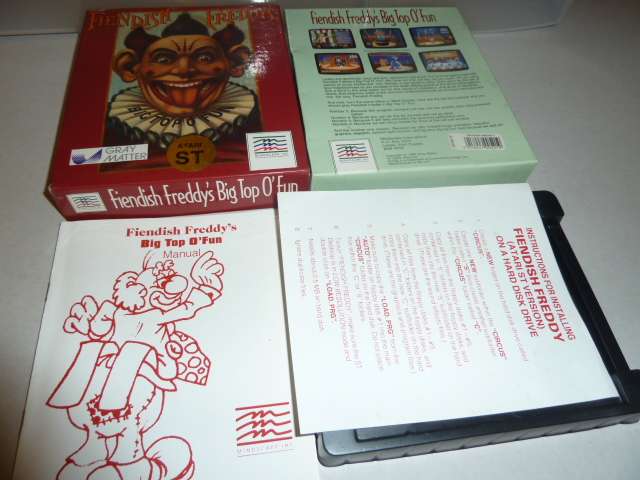 The Beeb, the Beeb!


They would have used devices quite like this at the Radiophonic Workshop back in the day. A quarter-century old copy of Sound On Sound visited there and photos showed Beeb computers, which they may have had no choice but to use at one point.

Good machines nonetheless, though STs did them better.


Hmmm, could get a Beeb for its special sounds, especially as can be programmed from BASIC. Or a ZX Spectrum.

Er, well no. Emulators can handle what few unique sounds there are and I have all that retro wal goodness as it is.

But I still can't deny that prestige.

High-tech sound effects from the Radiophonic Workshop, to go all high-end: http://www.ebay.co.uk/itm/Hi-TECH-Sound ... 5d3d680dd6


Software on a chip. Never seen those before or since. Just so cheap. Less than a secondhand DVD recorder, which these machines are too with a £ 10 capture device from China. Or a budget machine to stack full of VSTs. And complete with floppy drive for retro purposes.

I'm glad about that. And to think the heyday was so short a period. By the time many schools finally received a BBC Micro, the RM Nimbus PCs had overtaken them as school machines of choice. And they were as far ahead of the Beeb as the Amiga was to the Spectrum. (Though they still had the BBC BASIC chips as a crossover and I would have loved to have seen its Beeb-PC transfer kit.)

I can only offer the useless tip to have collected your backup machines back in the day when you still got them in store-type condition. But at least I know that worked, with my own boot-sale 500 so neat and pristine I'm afraid to ever use it!

Though if you live near Reading, pop by the Heart Foundation shop on the Oxford Road. £ 100 will buy you the peachy +3, joystick and game stack they have in the cabinet. If it's still there.
Top

We had BBCs for a few years, and Commodore Pets before that. I was very lucky to be in a school that had a proper computer room in 1980!

Chris
Won't somebody PLEASE think of the children?
Top

I'm intrigued to know the software used in schools before educational machines were a reality. (Well, you never mentioned Apple IIs.) At least on The Computer Programme and Making The Most Of The Micro, PETs were certainly the preserve of business owners, chefs and doctors. Oh well, kind of. Still looks very dry though. The only PET I saw at school was 'dead' and kept in the 'technology' room with all the wood and metalwork stuff. In the end I had it as it was only going down the landfill.

Though you can also cheat and buy nice-nick cases and keyboards to assemble yourself.

In my school, there WAS no educational software. We were put in front of computers and told to program the damn things (and that games were banned!). Didn't stop us playing games though... but if you have to program your own games in a lunch hour, you get reasonably good at writing "guess the number"

Won't somebody PLEASE think of the children?
Top

You had to build everything in those days. Can you still program?

I often forget how programming was ubiquitous. Even the BBC TV shows feature people saying rather matter-of-factly that they programmed some effective database software to help them run their businesses. That was dedication, especially for people who never touched computers before.

I loved messing about with the BASIC at my school, a while after WIMP systems took over, so it was a mystery again to the other kids and teachers. It felt I was dusting off some long-forgotten relics and thought I was getting one over on the school by sneaking on some crude little game by the back door.

Recently, I've still had use of RT Russell's updated BBC BASIC interpreter to write jokey software to compile for Windows. So I never quite turn my back on anything, which is why I also keep my old Cubasis and other stuff, in case the samples or some feature still comes in handy. Which they have.
Top

SOMEONE' S OWN PET PROJECTS:

Back at the end of the 1970's and at the start of the 1980's, I was a pupil at Keswick School. During this time, the school bought two Commodore PET computers ("Personal Electronic Transactors"). Initially, there was one model 2001-8N but, later, a new model 3008 - with more memory and a full-size keyboard - was purchased. I was the only pupil at the school to have my own key to the computer room. By the time I was in the 6th form, my ownership of the key had actually become legitimate!

I built up a fair collection of programs for the PET, most of which I wrote myself in BASIC. A few were hand-coded in 6502 machine-code. Some others were typed in from magazines, written by other pupils from Keswick School or obtained from other sources. The programs were saved onto cassette tapes, which I kept and had latterly been stored in an old shoebox in my loft for nearly 20 years.


Loft-storage of such old tapes may have helped preserve them. Tape of that vintage often needed to be baked to preserve them, with the heat of loft storage maybe doing the job near enough.