The secret history of Richard Joseph, the prog-rocker

While many of you appreciate Richard Joseph as being an excellent computer game musician, cutting his teeth on the C64 with classics like Rimrunner and Barbarian, and then later on the Amiga et al, this should come as no surprise, as Warren Pilkington reveals, Richard’s background of actually being a talented musician dates back from his progressive rock days.


1972. Thirty-one years ago, and the year I was born. A time when music meant proper talent would mostly be in the charts and there were very few boy bands, and Pop Idol thankfully wasn’t even heard of, although New Faces tried in vain to be the talent show of the time. There were a host of excellent albums released at the time that were more because of the album and not the single, a trait which sadly is missed today. One of these was the seminal Space Cabaret by CMU.


CMU? Never heard of them, you’ll say. But in fact if you were a fan of progressive rock you’d have heard them and appreciated their music for what it was. CMU stood for Contemporary Music Unit and indeed, the history of the band is pretty chequered in what happened to them as well as anything else. For example the drummer Roger Odell, one of the mainstays of the band, became a founder member of Shakatak, and before that, the band Tracks, who had no less than Trevor Horn in the line-up. The band also essentially had two differing line-ups for their two albums. After the first album, Open Spaces, three of the band left to form the band Trident, leaving Roger Odell, his wife Larraine and Ian Hamlett to carry on for the rest of CMU’s duration. Around this time, Steve Cook on bass, Leary Heasson on keyboards and Richard Joseph augmented CMU on vocals and acoustic guitar.


You should note that in the reissue CD liner notes it describes Richard thus: with his immediately evident talents became one of the main writers in the new band and this is borne out by the fact that out of the five tracks on side one, he wrote four and co-wrote the other. Not bad at all, eh? Well, by accident rather than design, Space Cabaret has all the appearance somewhat of a concept album due to the way that it develops, primarily because different members wrote or co-wrote tracks, a real co-operative effort and somewhat an inspired move too, as it gives freedom and flow to what ideas are on the CD.


So how does it shape up today? Pretty well, actually. I should point out that my father brought me up with many a good progressive rock band, which he and I still talk about occasionally today, so it helps. If you’re not that much into progressive rock you’ll find it more of a curio, but in my view definitely well worth a listen. After all, space was accepted as technology and cabaret an almost useless show business attitude of the 1970s, so hence the thought of the title trying to bring two diverse things working. And it does.


The opening title track leads you gently into things, with a melodic acoustic guitar with some soft vocals from Richard, gently breezing into some nice keyboard work and Larraine sharing the chorus duties with Richard. It sets the scene nicely, and the next track Archway 272 is excellent. It flows effortlessly from verses to choruses, with a neat build up vocally from Richard, as he proclaims Yes I’m far away, far away gradually getting more loud but controlled in each chorus, then softly moving back to the verses and interludes. Nothing though can prepare you for the ending as the crescendo of the tune builds nicely to a dramatic climax as Richard completes the job with a phone – ringing in my head!! with the old dead tune of a phone, leading straight into Song From the 4th Era. Nice acoustics and effects in the background, with Richard and Larraine on chorus duty and a very neat but too short piece, I just wish it were developed a little more. As it is, it gradually implodes itself at the end and fades into A Distant Thought, A Point Of Light, which really takes all the elements of space inspired rock at the time and brings it together in one neat cohesive piece. Gentle acoustics and soft cymbals blend in effortless, giving way to a chorus filled by keyboards that really work well throughout. The acoustic guitar by Richard throughout is really good, it balances the whole piece in between the verses and choruses, and also the instrumental interlude with some nice electric guitars that supplement the acoustics well in a non-obtrusive way before the final verse and chorus with the electrics continuing well and electronics in balance finishing the piece in the right way. The whole thing seems to be one long space travel journey and that’s conveyed to the listener with ample scope for even further development, although the length of the track is just about right. Side One ends with Doctor, Am I Normal? And indeed, the whole song can be summed up by the opening line: Doctor, am I normal? I have a strange desire for a lady. This is basically almost all Richard: the acoustic guitar is really nice and vocally, he’s up for a spirited love poem that this song really is. It also was released as a B-side to the Heart of the Sun single, which in my view was a mistake: this should have been the A-side, it’s that nice.


Side Two of the record descends more into progressive rock territory in terms of there being lengthy tracks, there’s only two songs here: Dream sets the tone well by taking its time to build with constant aaaahhhhhs in the background while this happens, and it does go on a bit too long, it’s only about three minutes in it gets interesting, with very 70s wah-wah guitar and developing a much more funky feel, which works nicely and then gives way to a nice keyboard workout as the tune gradually speeds up to a very fast pace indeed, but not enough to capture the listener. Lightshine, the final track, starts with a solo piano and Richard on vocals, as he talks about going through space, and this gentle intro works well, before some nice electronics kick in to good effect, and then it builds in various parts, which reminded me of parts of Roy Harper’s Me and My Woman half way through when Richard sings with the acoustic guitar. The electric guitar comes in later and serves a good dose of background to add to proceedings as does the keyboards, and it ends really nicely, we have seen the light shine sing Larraine and Richard. Indeed, we have. A pretty good album too, on the whole, with the odd weak spot here and there but made up for it by the general cohesiveness and tight playing of the band.


Any sign of how good an album was back in the day is its current rarity value on its original vinyl release. To give you some idea, according to the Record Collector Rare Record Price Guide, the guide prices for CMU’s albums are £50 for Open Spaces and £35 for Space Cabaret. These prices tend to rise, as it’s harder to find mind condition copies of either. Both albums (minus the track Cantecleer from Open Spaces) were reissued on one CD by See For Miles in 1993 (SEECD373) but sadly that now has been deleted as well. A great shame, as the CD is the almost perfect guide to the band in a lot of ways, and as the Space Cabaret album is the first part of the CD, you could just listen to that if you wish.


So if you ever wonder just why Richard manages so well to make Barbarian sound like a track from one of the Conan films, maybe it’s worth reminding yourself of his roots, a true musician. 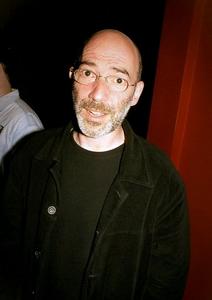 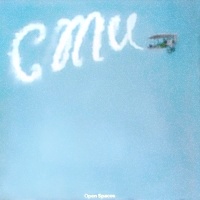 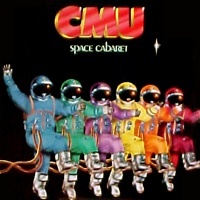