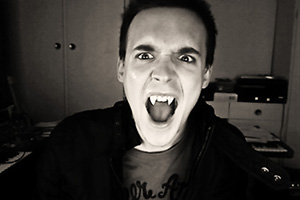 I lived my life in the country of Jamlet, where there are lots of little tiny jams scattered everywhere, and no one needs to go to the shops to buy jam for their bread. It is a great place where I have lived all my life, but then it got boring so I moved to a place that did not contain so much jam. I have a great personality; some people actually think my personality is the best personality in the world.

When I was young, I learnt to steal because of an illness called stealitus. I contracted this illness from the infamous Steal Demon, and the contract lasts about 50 years so I`m pretty much a thief until my bones become fragile and biscuit-like.

A wizard once tried to cure me with a potion that contained rain water, jam, feral eye drops, tail acid and tree sap, but instead it nearly killed me. The side-effect of this false healing potion was that I gained a phantom third leg for two days. Needless to say, when my strength returned to normal, I set fire to the wizard`s beard as revenge. The wizard died, even though he managed to put the fire out in time, this was because his beard actually contained 90% brain matter. The inside of his head was mostly used to keep potion ingredients.