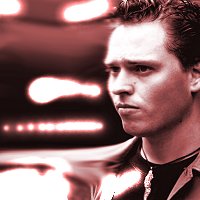 About me
Commodore Bio:
The music on the C16 was not great, but it was easy to create in basic
The C64 has fascinated me with its SID-Sound, I always turned on the music loud,
and copied it on audiocassette to listen to it in my Walkman.
Later in a band we used the programm Micro Rythm
to emulate drums, because we were only two guys who played guitar and we had no drummer.
The first tracker I´ve used was the Soundmonitor on the C64
written by Chris Hülsbeck, but it was to complicated to me (this time)
Between this we used the AMIGA-trackers(Soundtracker,Protracker,Noisetracker,Oktalyzer) to create Sounds,
especially to emulate a drumsets, bassguitar and for digital FX.
Later I´ve used the Fasttracker 2 in dos mode and the Mod Plug Tracker in win mode.